The sin against the Holy Spirit 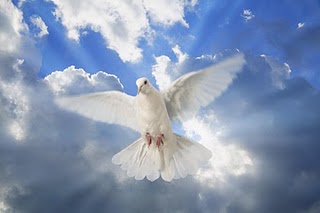 Why is the sin against the Holy Spirit unpardonable by the Universal Laws?

For technical reasons it is suitable to say that when one carries on turning a blind eye, reaches the point of losing forever the awareness that one is deceiving oneself, one believes one’s own delusions as true and cannot anymore discern true form false – so how can one enter the kingdom of truth, the heavenly kingdom and be psychically released? Regarding this, at the Gospel of John (8:32) it is noted: “Then you will know the truth and the truth will set you free”.

It is pointed out that: Every single man is born with the “gift of the Holy Spirit”: to discern true from false directly – not “by experience” or through information or reasoning. However, as the child grows, starts to tell lies out of fear and structures his first illusions, thus tampering the psychic gift of the Holy Spirit, which is the direct discernment of the truth. If the man later on, during adolescence and further, with a plexus of illusions is closed into an uninterrupted pretension of not understanding, it is impossible anymore to reacquire the “pleading one”, the Spirit of the truth – thus, for the “heavenly kingdom” one is unforgivable not as a penalty, but because one cannot reform anymore. It is clarified that: lies and temporary delusions, illusions which are not stabilized to a life-long regime, with a precise interpretation of the Gospels are offences of the “Spirit of truth”, do not cause yet an irreparable psychic damage – if the man repents pleading, the “Spirit of truth” returns and settles down in the man’s soul. Only when the “turning a blind eye” behavior has become a permanent regime is incurable and thus “unpardonable”.

The sin against the “Spirit of the truth” is the worse but also the only possible! Think: all other sins cannot be committed unless an offence of the “Spirit of truth” has been done at first place. For example, a killer or a thief before committing one’s crime has already introduced oneself in the delusion that one has the right to do so. So, in order to win the sympathy of the Heavenly Boss you do not need to have the Ten Commands or the dozens of sacerdotal rules in your head – providing that you do not offend in any way the Spirit of the truth.