The energetic “software” of man 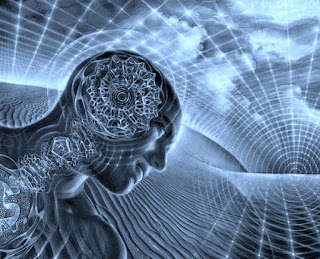 Man does not only consist of the physical body which we recognize and perceive with our eyes. Beyond the physical body extend other seven bodies which vibrate in different frequency and are because of that invisible to most people. These bodies correspond to the seven chakras of the man and form an energo-informational egg-shape structure which envelops the whole body. This is the aura on which the level of consciousness of the man is being imprinted.
The aura practically constitutes the “software” of the man and is something very concrete. Being the whole of the programs which the system “man” contains it influences the contact and interaction with the outer world. Whichever experience, thought, way of dealing with things, model of behavior, conviction, fear, feeling, idea etc. is not hanging in an incidental or undefined way in our nervous system but is placed somewhere on the aura and this latter unavoidably influences and defines man’s responsiveness to the environmental stimuli.

The aura carries information, experiences and knowledge which have been gained and stored during life. Its observation and processing allows us to understand a lot for each person. It may confirm already established diseases or predict the possible manifestation of others. It evaluates the energetic situation and the level of function of the systems and organs, thus giving warning signs for the setup of problematic situations. It captures everything which has been stored since the fetal period, the present as handled until now as well as the perspectives one has formed for the future. It states the lessons one needs to pass in order to move on with one’s life and mature. It reveals one’s capability and readiness to receive help and knowledge from the Higher Intellect, as well as the communication between one’s mind and spirit. Provided one analyses one’s aura, one can realize what kind of information one carries, one can easily comprehend why some situations arise in one’s life, why some of them tend to be repeated, for what reason some people show up in one’s life, for what reason one may not be advancing in some sections of life or why one may be suffering from certain diseases.

The aura functions like a magnet – it attracts what already contains, thus confirming what one carries and informing about it. It is the basic mechanism through which we cope with the environment. Such as the PC, the aura may be infected by some virus from the environment, it may be worn or needs to be updated in order to respond every time to the new reality of life. We should treat our aura just like we treat our physical body – cleanse it regularly in order to allow it to work properly and for our own benefit.