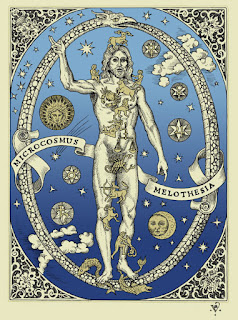 Dealing with magic is a topic which attracts a lot of people. The majority of those who are impressed are mostly the people who have not deeply understood the cause of what we call “white magic” or “black magic”. Potentially we all have access to as much knowledge as we need to be magicians.

A simple explanation which can be given is that the degree until which a process can be characterized white or black depends on the motive which led its creator to execute it.

Thus, even the wish of a mother for the protection of her child could be called white magic in a broad sense because the motive is the selfless offer of love and the desirable result is the benefit of the man. On the contrary, the simple gossip which is being incited by envy, jealousy or anger could sometimes be so emotionally charged by its creator that it can move absolutely focused and aggressively towards a person and cause him accidents and misfortunes in his daily life and be considered an act of black magic.

An initiated praying for the prosperity of the planet could be implementing white magic but white magic could be also called what is succeeded by the lightening of a candle in front of an icon and the prayer of a worshipper for the therapy of a relative. It does not always matter the degree to which one knows how impinges, what one does and to whom one calls upon but one’s intention. The intention of a pure heart full of love is stronger than the most powerful act of an initiated when incited by faith. How many people have not been self-cured proving that their faith helped them to return to a healthy state? How many patients with cancer or other diseases have not proved that their energy body was able to predominate upon the physical body and cure the latter? If this is not magic then what is it? What we cannot see with our physical eyes but use it every now and then for our benefit is magic. The transcendence of the poor limits of our crude matter and the raising of our consciousness is magic.  Our transformation from soil and water to spirit and the return and communion with our holy substance is magic. Our transubstantiation in what we are meant to be is magic. Everything we can potentially achieve but still have not done so we perceive as magic.

The whole matter of magic and its disaffiliation can be easily deconstructed as soon as we conceive the human structure in its entirety and its absolute whensoever interaction with the Whole. The man is made “in image and in likeness” of God and practically constitutes the miniature of the macrocosm.

Furthermore, everything is matter. The differentiation lies to the frequency of vibration of the particles of the matter. Our whole aura is matter of higher frequency and interacts with the dimensions in which the particles vibrate in a frequency higher than that of the 3rd dimension. The 3rd dimension is the one in which our physical body is materialized. The energy body of the aura occupies “space” from the 4th dimension and further. All people through their aura are in constant communication with each other and the universal structures which are hosting and supporting our existence.

Whatever each one carries on one’s aura is also placed in the universal field in which all energy bodies communicate with each other. Thus, in every moment we give and take from this unified field. If the majority of the people recharge this field with positive thoughts and refined emotions then those in their turn return back to all of us. If some people contaminate the field with negative thoughts, they create the condition to contaminate other people as well from this energetic dirt. Such situations can have the size of an epidemic when we suddenly notice that many people at the same time do similar moves and thoughts or adopt similar behaviors and ways of life.

The purified aura is the most important condition for the beneficial contact with the unified field. When the aura contains taints it is attracted by the accumulated negative energy which is around. On the contrary, the more cleansed it is the more it is repulsed by anything filthy and attracted by the purified.  People who fall victims of black magic usually carry reproachable points on which the headed for negative energy finds clevis to get hooked. On the other hand, a purified man, full of love cannot be susceptible to any kind of black magic no matter how strong the latter can be. This also explains the white magic which the energy healers accomplish when they put all their intention in healing someone and achieve so because they pray with selflessness for the health and the good of the man.

Therefore, we understand that black is nothing more than a creation of energy filth on which every single person has contributed - a creation which can however obtain great intensity, size and autonomy and become the personal demon of each one. On the other hand, white is exactly the opposite creation. It can be fortified as much as the black and become a fountain of enlightenment, faith and inspiration for those who seek contact with it.

What matters the most is remember that the more we are involved with something the more we strengthen it since we provide it with energetic food. It is up to us to choose what we will create and where we will adhere.