What happens during therapy 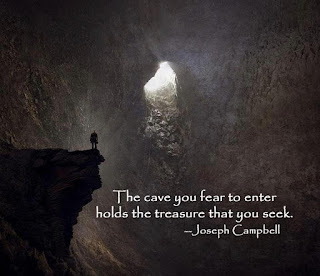 The application of the channels to a patient targets the whole field of his aura, changing the vibration of the structures it contains. Thus, it provokes restructuring and purification of the aura’s layers. This happens unavoidably since the disease appears first to the thin bodies and it can gradually penetrate the physical body and manifest itself. As a consequence, with the channels not only the symptoms but the causes too of a disease or a problematic situation are cured. The causes usually reside in the thin bodies and stay there as badly processed energy and information. That is to say, the energo-informational track of the disturbed situation is erased. Cosmic energy makes restructuring of the energetic bodies until equilibrium of the system occurs. Also, if an organ has not yet ailed, cosmic energy acts in a “preventive” way, since it cures the situation while it still lies at the thin bodies. It is reminded that the energetic therapies do not substitute medical therapies, especially in the cases of patients who make chronic use of medicine, have already exhausted their body and need to continue the treatment.

The duration of the therapeutic program depends on how much the aura field and the organs are affected or damaged. During therapy there may be intensities, as well as physical and psychological crisis. Deficiencies are intensified during purification, all negativity comes to surface and then follow crisis and disturbance. During therapy the energo-informational structure of the patient is synchronized with the primal source of creation, the frequency of his vibrations is increased and his consciousness spreads. Certainly for better and substantial results some effort is required from the part of the patient, as well as the mental commitment that he will also try to change, avoid the same thinking models, not handle again incorrectly the situations and be led to the same results or similar disease. To this, the simultaneous rise of the level of consciousness helps and enables him to understand and pass the lessons easier and faster. This way he can change the faulty thinking models according to which processes wrongly the information, the situations, his reasoning, his worldview, his beliefs and his attitude towards life. As far as to the degree of help one can receive, it is enough to mention that “one will get as much as one believes”. It is the man’s decision how far will advance, if he only wishes for a physical therapy or spiritual growth and energy evolution as well.

It should be indicated that it is the channels which heal and not the therapist directly. The channels know what will heal and in what order, as well as the way according to which will guide the man. The therapist owes to work as effectively as he can as a conductor which will redirect the cosmic energy to the patient. During the course of the therapy situations come up which work as lessons in order to help the man process, correctly this time, the information and move on. He should always keep in mind that whatever comes is always for good, even if it hurts and is considered as bad or problem. Always, in every situation, he is given the chance to learn and develop. Naturally, abrupt changes are dangerous and have no sense, since the man must reap knowledge through respective lessons. The patient is to a large extent responsible for the success of the therapy, which is based on his intention to help himself.

We conclude reminding that earth is a big school. Souls which had regressed energetically incarnate and return here in order to collect experiences and manage to develop. Depending on the level of development, the man is given certain situations to help him grow. Karma is exactly this evolutional route towards the development of consciousness and contains experiences and lessons, through which the man has to achieve spiritual growth and completion. There is no avenging God, nor injustice. Universal laws are fair, infallible and work and are implemented always. The man “reaps what sows”. Every action bears the incorrigible, once made, the universal law of retribution will function, the good act will return, the bad too and there is nothing to prevent neither punishment nor the pain the man will suffer. Being, therefore, in a world in which free will has been permitted, let us stand able to realize the supreme substance of our existence in order to move on to the rising, energetically evolutionary route, and finally achieve our merger with the source of creation.