The power of cognition 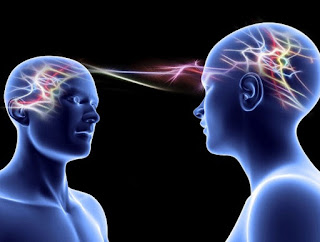 It is supported that one’s thoughts influence one’s life. To describe this phenomenon the popular folk expression “it’s all in the mind” is being used. We will try to explain how cognition works and in what way it influences, indeed, life at the physical plane.

The table below represents the participation of the man in all levels of existence. One’s physical body is being manifested at the physical level. One’s energy body occupies space within all the rest fields at any moment, even though one has usually no consciousness of this presence.

The physical world, as it is known, functions under physical laws and undergoes time and space limitations i.e. there exists the sense of the linear flow of time. On the contrary, the thinner fields do not undergo such limitations. A clear mind fully developed within these levels can materialize in the third dimension instantly i.e. a “magician” who can create fire on physical matter by using his thought. It is worth saying that most people do this regularly without realizing the degree of interference upon their own lives. Thereby, for example, the man who visualizes the ideal parking place finds it right after the corner, while the one who constantly states at oneself that one does not have the money to buy a better car it is exactly that state which one materializes, never having the money to do so. Under every problematic situation in our lives we should, thereby, examine the mental root from which it derives.

The mental plane is where a thought is born and is incarnated due to its staple which is called elemental essence. Elemental essence is considered as being semi-intelligent due to its special capability to work quantumly and obtain sometimes autonomy. Whenever we make a thought we cause vibrations of the matter of the mental plane. Each thought according to its intensity and quality can formulate the elemental essence for a short or longer time. The forms created may only surround its creator and give one back instantly their result in the physical world. They could also be created and be directed towards another person i.e. the prayer of a mother for her child, which can be very protective. Or perhaps their creator because of love and altruism has formed and deposited them in the mental plane in order to influence positively the conscious of other “users” of the plane. All men after all can keep mental contact through this common field in which our mentality is being manifested. Constant interaction and speed of action towards and from the physical plane is the key to understand that we have the responsibility of our lives in our hands.

Thus, whichever ideas and beliefs we maintain for every subject, even if we do not express them verbally and orally, we materialize them in life. This way one who believes that one cannot find a job because “there are no jobs” creates for oneself all the conditions so as not to find the position one would like. One who thinks that people are mean and dangerous it is most possible that will be attracting people who will really harm one. A woman who loves and cares for herself and is ready to give love is probable to meet soon her partner and have children. The patient who does not trust doctors could be treated with indifference by a doctor who would undertake him.

In a few words, whatever we reap in life is what we sow on the mental plane. It should be reminded that the more one thought is being repeated the stronger and steadier its materialization. This is why old established notions need more effort from one’s part in order to change and bring about the necessary changes in life.

It is recommended for the man to understand the volatility of the physical world and the superiority of cognition over it. The things sometimes conceived as “facts” or “reality” are the creation in which oneself insists. They are one’s personal reality. If one makes the acknowledgement of the “fact” that one is for example the worst student in class, then at the very moment one has strengthened it and has given at it the importance of the “fact” for all those who “see” it in the common mental plane. Thought is material in its essence above and beyond. Everything is matter after all. The mental material can become raw material leading to happiness if we learn to use it correctly.

At this point a special reference should be made about the thought-forms. Sometimes a thought is especially fortified and its incarnation from elemental essence is much more concrete and full, unlike an evanescent and weak thought. A thought-form could in some cases obtain such a precise “body” that it ends up to become an alive entity in its level of functioning and to gain independence until some degree. It is differentiated in size, shape, color, duration and quality according to who has created it and for what reason. It could be carrying positive quality and be wandering at the upper mental plane or it could be negative and be moving in lower vibration. It could also be specifically orientated towards a man or it could be potentially harmful until it meets someone whose energy body can attract it unlike repulse it. Whatever the quality it brings and no matter how strong it is, it can influence positively or negatively only the person who accepts to become a recipient. For example, an angry man or someone who does not love oneself could very easily attract harmful thought –forms and deteriorate his situation without realizing that he alone aggravates his mental confusion. On the contrary, a pure man who does not carry any flaws on his energy body under no circumstances will he attract a negative thought-form. He will definitely repulse it, and if this thought-form derived from someone it will return to its creator according to the law of the boomerang motion, causing the latter the damage it contains. This is another reason for which it is recommended that the man should purify his energy body· to avoid attracting in his life more negative situations.

A thought-form is trying to maintain itself in life as much as possible, therefore it searches for receivers in order to be strengthened and reproduced. This is the reason why we notice some ideas to be suddenly conceived during the same period from a large number of people and is seems like they have sprouted from nowhere. This can also explain the mode phenomenon which is transferred so rapidly and influences people. It is again highlighted that the space-time distance is not valid in the mental plane. A thought-form can instantly impact the physical plane regardless of when and where it has been created. Those who can create such forms (these are often called egregors but they are creations of the human mentality) can use them in order to influence the mass, for evolution or not. It is thereby understood that there are no universal, intertemporal or other kinds of “truths”. The truths of every period and every society are simply what has been deposited on the mental plane during that period.