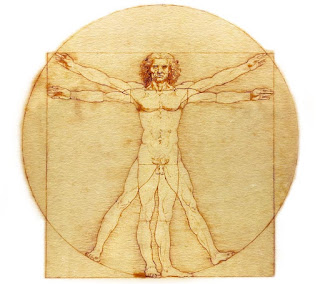 The man’s body does not only consist of the physical body which we recognize and perceive with our eyes. It consists of three basic constituents, spirit, body and consciousness. The spirit, being an expression of the Word, is eternal and imperishable. It follows a series of incarnations in order to be purified and merge with the Creator. The physical body is the part which vibrates with the lowest frequency. Everything in the universe is made from the same material which expresses itself in different conditions. Everything is matter which vibrates in different frequency. The comprehensive to us matter, all tangible objects including our body, consist of the same substance but they exhibit low frequency vibration.

Beyond our physical body extend other seven bodies which vibrate in different frequency and this is why for the most people become invisible. These bodies, beginning from the most adherent to the physical body, are in order the etheric, the astral, the mental, the karmic, the causal, the monad and the spiritual and in this order correspond to the seven chakras of the human. They create an egg-like formation which surrounds the body and carry energy and information. This is the so-called aura which carries the man’s consciousness. The energy centers (chakras) function like communication pumps with the universe; they absorb energy, work it out and create the aura, so the energy, through the meridians, spreads to the organs. Everything in life is energy and information. A creature, being an expression of the Word, should normally be balanced and in harmony in regard to the energo-informational exchange between itself and the universe, since their substance is identical. The energo-informational structure of the man is an hologram of the macrocosm.

Obviously, the size, the complement and the quality of the human aura are affected by the correct function of the energetic centers, therefore from the information and the kind of energy they process, interpret and, at last, imprint.  Every creature is carrier of consciousness, which should normally be in accordance with the fountain of it, that is the universal consciousness. The more developed an organism is the higher degree of consciousness it has, the more smoothly gets in tune with the higher consciousness and the better experiences the existence of the integrated field of the universe, which regulates and controls the function of everything.