The Development of Consciousness 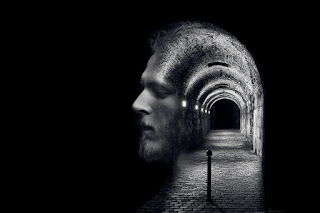 The first acknowledgement which needs to be done in order to understand how the whole system of consciousness works is that man is the miniature and hologram of the macrocosm. This is the reason for which every change of a single person individually affects macroscopically and contributes to the maturation of the entire complex. Ιt is self-evident the degree of change which will emerge when a good majority of the humanity develops spiritually.

The second acknowledgement is that the earth, like every other planet, is a living body organized with energetic hierarchy so as to support the forms of consciousness which accommodates.

The entire universal structure has a clear evolutionary perspective. There is absolutely nothing coincidental in what we are living. Off course the dominance of the human race upon others on the planet earth and its egoistic behavior is under no circumstances the goal. We are not alone, nor are we the center of the universe. The Energo-Informational field is that in which the Word is being externalized and materialized in various ways, and it is this field which, quantumly connects everything. It controls and determines the development of the biological evolution and functions as a carrier of human consciousness and soul.

There are eight worlds, in other words eight hierarchically developed levels of consciousness-cognition on planet earth. The seven but the physical one worlds are invisible to the three-dimensional decreased man, but are still considered material. They are constructed of matter (radiant matter) and do not constitute an imaginary spiritual concept. The matter of every world displays in its order seven states called sub-fields. There is no spatial differentiation between all these. Even the so called heaven is here. It is the world in which the enlightened one experiences bliss in his everyday life. On the contrary, hell is nothing more than the lower level of the astral field, where declined souls, entities and energetic dirt exist. The matter of every world is thinner than that of the preceding one. Their energetic separation is utterly strict in order to ensure their purity as well as the gradual development of consciousness.

In its current phase, humanity is progressing at the level of the fifth race (the forth one were the Atlantians who were also developed within seven sub-races). The man as has been evolved by now derives from the human etheral entity of the first race. All the bodies (included those which have been added upon the aura until now) which the man carries are the results of this evolution. Only the physical body occupies space in the third dimension. All the rest which constitute the formation known as aura occupy “space” in the different levels of consciousness of the planet and communicate with them. Depending on the degree of purity and evolution, man can have contact with the thin sub-worlds in which our fifth world is divided. Predicated on the purpose of evolution the man has to introduce himself in the next world, but unfortunately he seems to be retrograding instead of progressing.

The consciousness the man bears comprises of the Energo-Informational field of the universe. His individual consciousness forms his aura. In order to practically realize what aura is let us imagine that it is formed of seven layers, that is evolutional levels of consciousness. Every single layer carries different kind of information. The energy layers of the aura correspond to the energy matter of the earth field. The seven chakras are the seven levels of consciousness (thus, since it is known what each one represents it is understood what the latter means for the development of every level of consciousness) and through their function they externalize the seven layers of the aura. Chakras absorb, process and use the energy of every corresponding energy level of the earth and they manifest it to the respective layers. The degree of development of every chakra and the respective energy layer depends on the man, thus the factor of free will is of great importance. This way the man can have energetic interaction with different or with all levels of consciousness (the so-called dimensions) of the planet according to his level of purity. The more the purity of each layer of one’s aura the less parasites in the communication with the corresponding level of the planet and the more flowing and complete is the development of the next layer.

The spiritual growth constitutes of the gradual purification of these successive layers. While every layer is being purified it allows contact with the respective level of the earth’s consciousness. The evolution within every layer (the latter is in its turn accomplished within seven sub-layers) implies different evolution for every man and different degree of communication and informational exchange with the respective level of consciousness of the planet. The more pure is a layer of the aura the more flowing is the ascent towards the next one and the contact with the corresponding earth level. Ultimately, this consists of the development of consciousness.