Involvement of the patient in the therapy 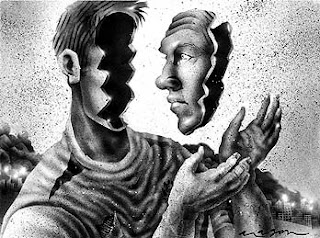 The therapy with the use of Cosmoenergetics, no matter how holistic may be it still resembles in its way of function many other therapeutic procedures.

First it should be underlined that the word “patient” is being used in order to specify the person who receives the therapy and by no means with the intention to underestimate somebody or exaggerate with his position as unhealthy (since some times there may not even be some kind of disease with the “usual” term).

During therapy buried traumas or situations come up to the surface (of the present life or accumulated karmic burden). There might spring up quite intensely and be set under trial behaviors or thinking models which influence a man’s life in a negative way. Thus, a crucial point will arise at which the man will be called upon to make the transcendence and face the matter which has appeared in order to move on with his life and with the course of his healing. If he refuses or is afraid of it, the most probable is that he will regress to past situations. It needs special strength and great honesty with himself in order to achieve this step. Only this way one will prove at oneself that one is able to support the change one wishes to bring. Resignation, egoism, difficulty in adopting new way of thinking, rationalizing one’s behavior, creating external obstacles, fear, incapacity to forgive, demotion of the importance of mental and psycho-emotional changes from one’s side, are all situations in which someone could be trapped, if one is not ready to heal and move on.

Disdaining the healer and the result of the therapy is another situation in which one could be involved in order to abdicate of one’s responsibility. Some people refuse to take their own responsibility in their therapy and lay all the blame on the therapist or on the kind of intervention. Most times they do not even complete a therapeutic program as it should, neither take the advice or guidance of the healer. They pass from one kind of therapy to the other because when it comes up for them to do their own part in the therapy, they find it hard, so they seek therapeutic methods which do not demand their active involvement or at least this is what they hope. Unfortunately, in this way, neither the therapy nor the changes in our lives ever come.

Furthermore, the man must understand that as severe a disease is such are the time and effort needed to surpass it. One cannot pretend that one should heal fast and painlessly from a disease which has deep roots. Every disease hides a mental and psycho-emotional background. The size of the latter determines the time needed to be healed. If a man allows to a disease to stay in his life for i.e. 15 years, he owes to understand that healing requires the equivalent effort on his part. It is certain that he himself has allowed to it to arise in his life, thus it is him who, sooner or later, should face and release it, together with the intervention and reinforcement from the therapist.

The most important thing one should realize is that nothing in one’s life is coincidental. No physical or psycho-emotional situation occurs without a reason. No situation or behavior one receives happen accidentally. One’s whole path is determined with accurate relevance from the information one’s energo-informational field carries. One’s whole life is the consistent realization of this information. It is important to understand that one can live as one wishes once he identifies oneself in his wholeness and learns to handle this information, in order to define alone one’s route.